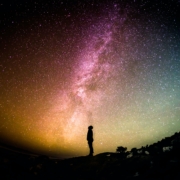 In the first blog post, I shared about the tragic event with Anne Lisa Forestin on that cold day in February 2018. She told us about her last moment of long-term memory. Additionally, she shared how this event impacted her family and loved ones. At this point, Ms. Forestin continues on with her story from the hospital bed in a coma.

Days after days, families and friends visited, people everywhere were praying, hoping for a second chance because when they saw me, they did not see any life or hope. Some people even told my parents that perhaps I was dead and only the machine was keeping me alive. Thankfully, the prayers, hope, faith, and intensive care from the great team in Capital Health Regional Medical Center worked. Nine days later, I finally opened my eyes and woke up from the coma. I was awake, but not consciously aware of my surroundings. It was only fifteen days later that I started to gain consciousness and talk again, wondering what happened and why I was in the hospital.

At some point in the hospital after waking up unaware of what was happening, for a moment I thought I was dead and saw my family standing on my grave in the cemetery next to our house. I was so lost. I remember that night—the first memory I have from the time of my accident. I think it was February 21st, 2018, I really thought I was dead. I wanted to die. I didn’t sleep that night. I remember telling my nurse that night to unplug me. It was only the next day after a little sleep, I opened my eyes and saw that the sun was rising. I was surrounded by people, nurses, doctors, and my parents were there. They were smiling and telling me what a miracle I was. Then I felt alive again. The following days I received visits from family, friends, coworkers, strangers who knew my story and came to visit. I also started to be aware of my condition, what happened, and the pain I had. I could not breathe on my own, I had a tracheostomy (a hole in my neck) that allowed me to breathe, but I could not be heard when I talked. Besides that, I had a feeding tube pierced into my stomach because I could not eat or drink. It was ok until I started watching TV looking at foods that I wanted to eat again. I felt hungry and thirsty. I was desperate for food. I remember one day my pastor came to see me and read Psalm 23 for me; this Psalm became a refuge for me in the painful times. Family and friends would come and motivate me to fight for my recovery. Then, little by little, I started to recover. A little speaker was attached to my tracheostomy tube, which allowed me to talk, eat, and drink safely again. I was so happy that day. I remember I drank so much water they had to unplug my feeding tube. After some time, I received physical therapy services and gained some of my motor strength back. I learned to walk again and walk on my own after it was safe.

I had a strong desire to hurry up and improve so I could leave the hospital. After 35 days in the hospital, I was finally discharged to go home. Although I was home, I had some residual trauma. I was required to go home with a feeding tube which needed to be flushed three times a day, a healing hole in my neck that needed taking care of. I was so weak that I passed out more than once and had to be taken to the Emergency Department. I had no appetite and experienced nightmares with sleepless nights. I even developed a blood clot in my left hand, which had somehow become injured in the accident. So, I had to take an anticoagulant (Eliquis) to treat the blood clot. I was told that I needed more of the medication, but it was very expensive. My family was told the medication would cost us $1,000 for two months. Fortunately, I did not need to take it anymore. It was not until then I learned that my first supply was gifted to me by generous doctors because I could not afford it. I had no insurance at the time of the accident.

Before the accident, I was a senior in high school. So, with the help of Dr. Falaise, I received homeschooling services from the Hamilton Township School District educators. With some hard work, I was able to graduate with all my classmates in June 2018. Around the same time, I went back to work where I was promoted a few months later because of outstanding performance. I even began the process of registration at Mercer Community College. Still, I was lost because I did not know what to do, what my purpose was. I experienced many depressing moments because of the accident. However, I felt that it would be ungrateful of me because I was given a second opportunity at life. It was hard to fight the depression, even more when I learned that my coworker and friend was experiencing one medical challenge after another. After 5 months going back and forth from the hospital to the nursing home, she passed away. I was devastated, but I tried to keep going as much as I could. I learned how to drive and to be more independent.

When people are faced with devastating circumstances, in some cases they can choose how to respond. Ms. Forestin chose to push past the adversity and trauma and took many steps towards resiliency. In fact, it was her idea to write this post. When asked by me why do you wish to prepare and publish this post and your pictures, she responded, “From this incident, I kept thinking about giving back what I received: hope, support, encouragement, help. I want to help those who are in the same situation I was in and use my story to encourage others to fight. It was then that I decided to become a nurse. I am now in my second year of my degree, and it was one of the best decisions I have made for my future. Recovering from my accident was not easy, I faced many challenges more than I could have ever imagined and still do. Besides the memories, my mental and physical scars from the accident, I have my thumb stuck in one position and my index finger permanently bent. It hurts sometimes, but it is not a disability. Today, I am a nursing student at Mercer Community College, working at Capital Health Regional Medical Center in Trenton, New Jersey (the same hospital that saved my life after my accident). I also find myself supporting great learning to educators with GOMO Educational Services that is meaningful in the hopes that it can help lift those who are struggling in any way. The fight is hard, but we must keep on going.”

Want to join the discussion?
Feel free to contribute!