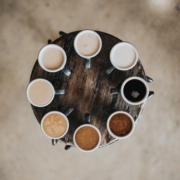 In a lot of the spaces that I have occupied since college, I am usually the only Black male or one of a very few minorities. So I have heard the comments and questions like “You are so smart. Wow! I didn’t realize how smart you are,” or “I can’t believe you’re a doctor at such a young age,” or “How did you get that job?” Obviously, I have been able to navigate the different spaces and cultures by code switching and negotiating for acceptance. While I was not happy about it, that was my reality. However, I have been wondering how a person of the dominant race would respond if the roles were reversed, i.e. how a person of the dominant race would exist as the minority in a space where a majority of people were of color.

Debbie Irving, in her book titled Waking Up White: Finding Myself in the Story of Race, she did just that. She purposely moved into an urban area where she was the minority to get a glimpse into how it felt. I wanted to see if anyone I knew had a similar experience. In fact, my friend and I were talking about this experience just two days ago. So I didn’t have to look far because I had Paul O’Neill, Supervisor at Mill Pond Elementary School in Lacey Township, NJ, Founder of #PLN365 and GOMO consultant, excited to share his experience growing up in New York City.

Mr. O’Neill states, “living in several different cities and states during my lifetime has provided me with experiences that widened my knowledge base, understanding, and perspective. The first fifteen years of my journey took place in the borough of the Bronx in New York City. As a high school student, I attended a school where over 6,000 students were educated in an eight story building complete with several elevators and escalators. The student population was 95% Black and Hispanic, 3% Asian and 2% White. “Erica” was one of my closest friends during my Freshman year. We used to walk together from our bus stop to the school which was about a half mile away. One day another friend asked me, “why do you walk to school with that Black girl?” It was one of the first times that I reflected deeply about race. I didn’t view “Erica” as my Black friend. I just viewed her as my friend. This led to an uncomfortable conversation when I was told that if I continued to walk with “Erica” that my friend would no longer talk to me.  I knew at that moment that I would not only be losing a friend but that I needed to speak up against something that I knew was unacceptable. Judging “Erica” critically by the color of her skin was wrong. My parents had taught me this at an early age. I lost touch with Erica after our Freshman year because I changed schools. However, our time spent together always reminds me of a quote from the famous I have a dream speech by Dr. Martin Luther King, Jr. The part that has resonated with me from this example was when Dr. King references his children one day living in a nation “where they will not be judged by the color of their skin but by the content of their character.”

Later that year, one of my classmates said, “hey White boy, give me a pencil.” I didn’t put much thought into the comment. Instead, I chose to focus on the fact that my classmate needed a pencil so I gave it to him. I could have chosen to be offended but I decided not to judge what I didn’t fully understand. My parents taught me not to assume that I could understand what someone else was going through. A few weeks later, I found out the name of my classmate and soon after discovered that we had several things in common. He learned my name and our initial awkward interaction was left in the past.

While growing up in New York, I never noticed a consistent pattern of behavior when it came to race. Most of my interactions were positive. I had friends from all different races and religions. Of course, there were occasional comments made to me that focused on my race especially when I was considered a minority in a space that featured a majority of people of color. I was taught by my family that experiences would vary and that the actions of one individual shouldn’t lead me to expect others to behave the same way.

During my Sophomore year, my family moved to a town just North of Tampa, Florida. The school building itself and the student population looked much different than my previous school. My new high school was a two-story building where just under 1,500 students were educated. The student population was 96% White, 2% Hispanic, and 2% Black. It took a while for me to transition from city life to life in the country but both experiences prepared me to interact with culturally diverse populations of people in a variety of social settings. Most of my classmates in Florida attended school with very few people of color. I quickly noticed that significant levels of bias and assumptions existed in my new community. A new boy named “Alex” moved into town shortly after I arrived. We both became friends with a common peer group and were invited to play basketball one afternoon. As the captains picked teams, “Alex” was picked first. Judging by the smiles on their faces, it was no surprise that “Alex” was picked first because he was Black.  The team captain assumed that because of his skin color that “Alex” was good at basketball.  Much to everyone’s surprise, “Alex” did not live up to expectations.  After the game, “Alex” said, “I know why you picked me first.”  You could hear a pin drop as “Alex” continued.  He said, “that will teach you to judge a book by its cover.” A memorable life lesson was learned on the basketball court that day.

One year later, I tried out for the football team. Our team had plenty of spirit but lacked talent.  “Kenny,” our star linebacker, seemed to hate everyone. He was known for his fiery temperament and permanent scowl. I thought his hate for everyone was equal but found out on a hot August afternoon that his hate for “New Yorkers” carried an additional level of intensity. After catching a pass, I turned to run downfield but was met with the force of a two hundred pound freight train.  As I laid on my back, squinting into the Florida sun, I heard a gruff voice mutter, “I hate New Yorkers.”  There was no happy ending to this story.  We did not become friends down the road. “Kenny” continued his football career and carried his hate for “New Yorkers” throughout our time spent together in high school.  Beyond the football field, he never spoke to me or acknowledged my presence. Fortunately, many other Floridians were much more welcoming.

My time spent in New York and Florida offered contrasting experiences as I experienced being a minority surrounded by people of color while in New York and spent time as a White person surrounded by people in Florida who looked exactly like me. My most valuable experience from the time spent living in Florida was learning about life in a small community.  When a new student started at the high school, everyone knew about it. When “Alex” enrolled, it was the talk of the town because a Black student would be joining us. The town that I currently work in reminds me of the town where I lived in Florida. The racial demographics were nearly identical and the “small town feel” also exists. Many families have lived in both towns for generations. There were no shortage of conversations in each neighborhood about community business. I learned as the size of the town became smaller, it became more difficult to keep your private business personal. I’ve watched people of all ages become categorized and evaluated based on their involvement or inclusion in a particular group. I’ve heard students who were part of higher level courses be described as “the good kids.” I’ve heard students who played on sports teams be described as “the talented kids.”  These labels are harmful because they create limits, bias, artificial boundaries and dangerous assumptions. If we don’t change our mindset, language and behavior then structural inequalities will continue to exist.

Now I first connected with Paul as someone just checking out the #PLN365 chat on Twitter. We eventually met face to face at EdcampNJ in 2017. We have become close friends because I truly believe that we share common values and beliefs. Now that I have gotten to know Mr. O’Neill on a personal level, I can truly tell you that he is an amazingly kind, caring, and humble human being. I have seen him display the willingness to support people and extend himself regardless of race, creed, religion or ability. It is because of his past experience, Mr. O’Neill is so valuable to this equity work and movement. More importantly, he is an vital member of the GOMO family as we seek to build experiences for people of the dominant race and cultures to try to understand about the systems that have been designed for certain races and different backgrounds to fail, also known as structural inequalities. As GOMO seeks to make the people of the dominant race and culture increase their awareness around socio-political consciousness and on topics like white privilege that gives them political power and access to receive unearned merit while denying others, we do it humanely because there are people who have been oblivious to the experiences of the oppressed groups and they have been potentially shielded all of their lives.

If everyone had intermittent moments in their lives where they were able to experience prosperity as well as poverty, I believe our discussions about society today would be on a different topic. Additionally, it wouldn’t be one-sided. In actuality, I don’t even like to use the word minority because it is also a label and already connotes inferiority for whatever entity is being discussed or mentioned. However, it is like every other social construct out there. Unfortunately, mainly every group or person outside of those in power experiences the disproportionate access, service and treatment ending in the same results. Therefore, the proposition of deconstruction and dismantling of current systems needs to be a serious topic and focus. Otherwise, the minorities of past and present will always continue to be the minorities. If we’re ever going to start really talking about equality, systemic equity for past injustices and anti-oppression needs to be addressed first. I really wish that every person of privilege experienced a little of what Mr. O’Neill went through in their youth and had parents corroborating this same message of treating all human beings with dignity, care and kindness. Then there would be no need to switch the labels for any group or person. So it is my hope that the word minority as it deals with race, culture, religion, sexual orientation, ability levels, etc. would evaporate from our lexicon. Don’t you?

Being Indian American in the US
Scroll to top