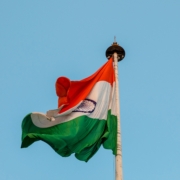 I remember my time as an undergraduate student at Rutgers University- Newark in New Jersey, I had at one point a really good friend from India. Although I heard a number of stereotypical things about Indians, I wanted to learn about their culture and traditions. Since I didn’t have any Indian friends until college, I assumed that everyone from India were the same as Native Americans or American Indians. Then I began working as a petroleum transport engineer, aka gas attendant, at a Mobile gas station for a number of years with men from India and Pakistan. I asked one of them to really help me speak the language beyond profanity. One person did. He gave me some garments as a gift. I began practicing Urdu and a little bit of Hindi, Punjabi, and even Gujarati trying to impress my friend. I attended so many Indian and Pakistani parties, was invited to a few weddings and attended many special and ritual engagements. I found the Rutgers Newark campus to be so diverse. People from one cultural club would support and attend other cultural club meetings and parties. While I am clearly aware of pressures and oppression that I experience as a Haitian American Black man in this country, I was very curious about the inequities from the perspective of an Indian or Indian American woman. Turns out that GOMO’s Chief Marketing Officer, Sarah Jerome was excited to share her story with me.

Ms. Jerome describes her experience as “We were always a grade ahead. Living with my Aunt, Uncle, and Cousin in Colorado was a new, but vaguely familiar, experience for me. I moved when I was 13 and had to choose whether I wanted to be home schooled or attend public school. I remembered experiences in middle school where I was bullied and targeted for being a minority girl so I chose to be home schooled to avoid going through those same experiences. It was during the next 4 years that I was pushed to always keep my head in the books, ace every exam, and get higher than a 90% on every homework assignment. The misconception that homeschooling is much easier than traditional schooling is exactly that – a misconception.

My aunt created a personalized curriculum that was a grade ahead than what we would normally attend. This meant more difficult schoolwork than I was used to. But this is where being an Indian American really challenged me. I would hear stories about how my Aunt, also being an Indian woman, had to work harder in her academic and professional careers to avoid the negative stereotypes, the biases, and the less-than optimal opportunities available to her. This is where I noticed that being a first-generation Indian American meant that I had to work harder for the opportunities I wanted to create for myself and to pursue the career that I wanted.

Being home schooled kept me ahead academically, but behind socially and culturally. It wasn’t until I reached my freshman year of college that I learned the inherent inequities that existed in the places that I grew up versus where I was living now in New Jersey. Living in a predominantly White neighborhood and being around mostly, if not completely, around non-minority people, made me feel like an outsider. I could feel the different looks of discomfort from others that I would get at church, the questions of “Well, where did you actually come from,” the stereotypical expectations of going into a STEM field because I was Indian. When I arrived in New Jersey, I was met with a completely different culture shock. Being in such a diverse environment was new to me. I had never seen so many mixes of cultures in one place.

But unlike moving to Colorado where I would feel like an outlier, I felt at home here. I could communicate with ease; I could relate to others who went through similar experiences of inequity and bias. But despite being here and being able to connect to my fellow minorities, I still felt out of place when I would speak with or find myself in environments with non-minority individuals. I’ve found myself being asked questions such as do I only eat or why I smell like curry, why am I not wearing “that little circle thing in the middle of my forehead,” and if I could teach people how to speak profane words – and only profane words so they could say it to another Indian person or claim they knew how to speak a language they barely knew. But that is when I realized I would face the biases not only for just being darker, but also for being a woman. It was not something that would just go away, it was not something that could just be ignored.”

When some people try to learn another person’s culture to allegedly become competent, there is a tendency to learn or be taught the profane words first. In some cases, that is all interested people learn along with how to name some food. This is the importance of GOMO’s work. Becoming culturally competent is going beyond learning some words, especially inappropriate words, gestures and knowing some food. It requires for people to immerse themselves in the culture and get to know people for who they are. Otherwise, they may or will only offend the people of the culture they are trying to lean about. It will also help them appreciate the cultural traditions and learn the significance behind why some cultures do what they do. More importantly, GOMO is in the business of helping decrease and eliminate micro and macroaggressions resulting from implicit and explicit bias.

Despite experiencing continual barriers, Ms. Jerome reports, “And yet, here I am, working in Marketing and Graphic Design and building my own business. But without those challenges, I would not be where I am today, doing all the things I was told someone like me could not do. These inequities, biases, and stereotypes that had been directed towards me taught me, that while I may need to work harder just to be noticed or taken seriously, that I am not defined to one field, career, or path. That with planning, and hard work I can achieve things that many people may not want me to or think I could achieve.” As a teacher, administrator and basically every adult, you potentially persuade and/or dissuade students to/from their future aspirations in life. Are you aware of the message your sending, especially if you’re a person of the dominant race or culture? If you’re not aware, all you have to do is ask with humility. That alone will go a long way towards opening doors into learning about other cultures and you may possibly learn new things about yourself. I know I have!

What’s the Big Deal with Leading Change?
Scroll to top