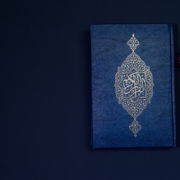 Growing up as a devout Christian, I didn’t interact with any visibly practicing Muslims at all. I remember seeing a few men wear a kufi during my childhood at the supermarket and laundromat. It was not until I was in middle school that I saw a woman wearing a niqab. While I knew that there was something visibly different between the woman and my mom and sisters, I wanted to know why she was covered all over. I remembered staring at her because I could only see her eyes. Since the only religion I ever knew as a child was about Christianity, I inquired from my mother about the Muslim religious practices. She provided me some brief information about the Quran and some of the differences in the religious beliefs.

During that year, I saw a couple of documentaries for a middle school social studies class assignment about countries that practice the Muslim faith. While I don’t remember what I did for the assignment or exactly what I learned from engaging in the activity, I remember being intrigued about what would the woman have looked like with a dress and her hair out. While some non-Muslim people may not interact with practicing Muslims, I wanted to get the perspective of their challenges and discrimination experienced in the US. As you can probably guess, I didn’t have to look too far again. Rabia Nawaz, GOMO’s Restorative Practices consultant, was excited to share a little bit about her journey on this topic.

Senior year of college is exciting for students because it marks new beginnings; that is the year they finally graduate and start applying to their dream jobs. Mrs. Nawaz reveals, “For me, senior year of college marked a whole new journey. That was the year I started to wear the hijab, an Islamic headscarf. When I announced this to my mom, she tried to discourage me from doing so because she was anxious. She feared that people may not be able to look past the hijab and subject me to their stereotypes of Muslim women. She was concerned that I will have a tough time finding a job. She was worried about my safety and being a victim of an Islamophobic hate crime.

I was adamant about my decision and my biggest drive for wearing the hijab was the fact that I finally felt confident in my identity as a Muslim American. I wanted people to know that I am educated. I am independent. I am a practicing Muslim and a proud American.

Fortunately, I obtained a teaching job shortly after graduating college and was even luckier to have landed a job in a positive school climate. My coworkers were understanding of my religious practices and open to learning more. They knew that I would pray during my lunch break. They were mindful of my halal diet when ordering food for an event. (A halal diet strictly forbids pork and alcohol and the meat consumed must be slaughtered in a humane way.) They were eager to know my family’s Ramadan traditions. These small gestures from my colleagues made me feel like a part of the school community. Their open-mindedness helped put my fears of being ostracized at rest. My school’s staff was culturally competent.

Although, I had a very positive experience at work that is not the case for many Muslims around the nation. Some of my friends have had to inconveniently and quickly pray in desolate places because their workplace was not accommodating of their religious needs. For practicing Muslims, cultural awareness and wellness go hand-in-hand. The five minutes it takes to pray really helps Muslims to center themselves and take a mental break from the commotion of life. It helps them to go back to their work with a renewed and fresh attitude.

As a visible Muslim, I am very cognizant of my demeanor when I am out in public. I make an extra effort to be nice to strangers, because I believe it represents my faith. People will judge my actions as a reflection of Islam, and I want to make sure I leave a good impression. Thankfully, I’ve had mostly positive interactions with strangers, and I have never been a victim of a hate crime. That is not to say hate crimes against Muslim women do not happen; as a matter of fact, an article published by the Washington Post states that Muslim women bear the brunt of Islamophobia. The study revealed that women who wore symbols of Islam (like a hijab or a niqab, face veil) were more likely to be targeted. Hate crimes against Muslim women vary from derogatory statements, to forcibly removing their headscarf, and even death. The 2015 Chapel Hill shooting in North Carolina is a recent example of an Islamophobic hate crime in America. Shootings like these ignite my fear of being a Muslim woman, because I wonder if something of that nature will happen to me.

My fear was particularly heightened when I lived in Long Island, New York. My town was not very diverse, and I would notice my neighbors staring at me as I walked with my daughter in her stroller. At the time my daughter was only a few months old and I would always cover her stroller to protect her from the sun. I was once asked if I was my daughter’s nanny. I laughed at my neighbor’s comment and took the blanket off my daughter’s stroller to show her a brown baby, just like me. I was never bothered by these statements and just brushed them off; however, comments like these are microaggressions. Seeing a brown, hijabi girl in a predominantly white neighborhood would evoke someone to assume I was not a resident of the town and perhaps I was working for someone there.”

Mrs. Nawaz states, “For the most part, I’ve considered New Jersey to be my home and I love the diversity that it has to offer.” According to the Pew Research Center, New Jersey is home to two to three times as many Muslim adults per capita as the national average; therefore, cultural competence is extremely important. One focus pillar for GOMO Educational Services under the equity umbrella is cultural competence because we understand the value of this practice in our schools, society and country. Participating in a cultural competence training is a start but in reality, cultural competency is a lifelong process. We must continue to examine our own thoughts and attitudes about diverse people, backgrounds and religious beliefs, while addressing our biases. Ultimately, we must embrace our cultural differences and use them to improve our communities.