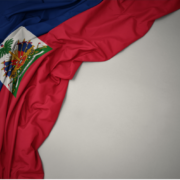 This blog post is very real to me because as it clearly states from the title there are challenges that I have had to endure because of my ethnicity in addition to the color of my skin. Since students and educators always stated that Haiti was the poorest country in the world, it really made me embarrassed of my Haitian culture. So I tried to not tell people where my parents were from. When my classmates saw my father, they knew he was not a Black American. So I was made fun of during my childhood years being called African booty scratcher or I heard the default phrase for black students, “You Jamaican!” I could go on about the socio-cultural conflicts, academic values, parent expectations and stories of my past. However, my experience may be isolated. So I wanted to get the perspective of another adult of Haitian descent. It turns out that Gary Rozier, GOMO Consultant, who grew up in the same town with me, was very excited to share his experience.

Gary states, “The Montclair Public School System in New Jersey is where I received my formative education; it’s my hometown. By and large, growing up in Montclair was a good experience but not without some challenges.  As a young Haitian American I was living within a culture that was vying for my attention against the culture that was raising me.  My parents emigrated from Haiti [to the U.S], and while I am the last of six children (four boys and two girls), I’m also first generation American.  In my estimation, we lived in a town that was relatively diverse. The Fourth Ward of Montclair was primarily African American, but the schools we attended were racially and ethnically diverse. I went to schools comprising students that were Black, Jewish, Asian, White, Latino, and so on.

My parents valued the importance of an education, so much so that when it came ;down to it- the teacher was always right.  I remember one time my Social Studies teacher told me he was going to stop by my home one evening so that he could talk to my dad and tell him how well I was doing in his class. I never told my dad he was coming.  When the doorbell rang, I answered it and welcomed him in. I told my dad who rang the doorbell, and he got dressed so he could greet him.  When my dad came into the living room, he brought the biggest black leather belt he had; I was so disappointed and embarrassed at the same time.  By the end of the visit, if my dad thought or felt he committed a faux pas, he certainly did not acknowledge it, but inwardly I felt vindicated to some degree.

Back then, if you were of Haitian descent, your number one priority was to bring home the best grades you possibly could to make your parents proud.  Extracurricular activities didn’t rate that much.  I so wanted my dad to see what else I was good at.  At the time, I think I just wanted his support; I wanted him to see me doing my thing.  When I showed him newspaper clippings of my wrestling matches, he didn’t seem interested.  He never came to my wrestling matches even when I became captain of my team.  While I was working hard to earn my father’s approval, I was yet (along with a great number of my friends) dealing with the social ills that accompanied being black and of Haitian descent.  It would’ve been one thing if white kids were making fun of the fact that I spoke a different language, but when it’s your own kind rendering the ridicule day in and day out, that can be quite a bit to process.  This was my life, along with several of my peers, for some time.

These things caused us to band together all the more.  We didn’t band together because of the social ills we incurred.  We did so because in a sense without knowing it, we realized that we were all that we had.” Imagine how different the schooling experience could have been for Gary, me and countless other children of Haitian descent or Haitians who emigrated to the US if we didn’t have to experience the barrage of ridicule, social isolation, bullying and oppressive practices. I remember a number of students of Haitian descent that were socially accepted by the popular American group of students. Sometimes, they joined the popular group in the disparagement in order to protect themselves from being recipients. While these stories may seem isolated or were common just in the past, but they’re happening presently in schools and in the community.

As a former principal, I made sure to highlight and celebrate the Haitian culture because of my childhood school experiences. I was also always praising my students of Haitian descent but especially those who newly emigrated to the US. I spoke Creole and French with students, parents and staff all the time to show them I took pride in the language, regardless of who was around. It generated a level of pride that the Haitian community always said they valued and really appreciated. One student told me that I made him feel human comparing his previous school experiences before my leadership. My experience with this topic strengthens the need for GOMO Educational Services to help educate, empower and build agency in all places involving students. We work with adults to help strengthen relationships and value diversity so students and adults can grow and learn from all ethnic and cultural differences.

On one hand, readers of this blog post may feel sorry for Gary and me. On the other hand, Gary adds, “Who would’ve known that what me and my cronies endured as young pre-teens and teens would only make us stronger as we became men?  Our perceived weaknesses essentially became strengths.  We weren’t wise enough to identify that at the time because we were immature, and the pain of dealing with the teasing, mockery, and bullying was too difficult to see past it. Yet, we went through it” As you can probably tell Gary and I became stronger men that have become proud of our Haitian culture.

The Power of the Differently Abled
Scroll to top