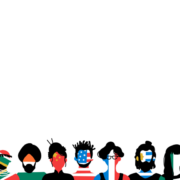 From my examples provided in part 1, you can clearly see that racism exists in all facets of life, both personally, professionally and spiritually. Since Christians of color are being discriminated in the church and amongst the body of believers, why would it be different in the world? Well, it isn’t.

The social construct of race to classify people hundreds of years ago dictated who had the privileges and advantages and who didn’t. Therefore, the experiences of those under the same being of Christ were also and continue to be different because of race. Although I am stating the Christian faith in the title, there are so many other faiths that practice love and turning the other cheek for your persecutors. However, it is a difficult thing, especially if the oppressive behavior and practice continues to reoccur.

Many people of color around the world are looking to see how other people of color are responding to the tensions because they are tired of seeing Black men mistreated and killed by law enforcement and other people of underrepresented populations being denied access to numbers of human rights because of systems that are designed to see them fail. What’s worse are the supposed Christians that act like a savior but are only looking to boost their egos or position in the world of helping people of color in need.  As a result, we see varied responses from peaceful small gatherings to large protests not only involving Christians but people of every faith and walk of life.

We are no longer in the 17th century during the times of Puritans like John Lock, John Cotton and Richard Mathers when Black people, mainly African slaves were regarded as a commodity, uncivilized beasts, unintellectual and hyper sexualized. Although the times have changed, some views and practices have not. Without turning this into a history lesson, the forced assimilation or voluntary adoption of Christianity by Blacks and other people of color prepared us to forgive for the social ills by our oppressors with verses like Matthew 5:44 “Love your enemies and pray for those who persecute you” and Romans 12:9 “Vengeance is mine. I will repay, says the Lord.”  While this may be my position because of my spiritual walk of referring to the scriptures, prayer and fasting are my personal preferred responses, not every Christian responds the same because of their continual reception of racial microaggressions and macroaggressions, especially by other Christians. Don’t forget I discussed three personal examples in part 1.

Unfortunately, I have seen firsthand discriminatory actions against students of faiths outside of Christianity and Catholicism by adults. School is a place where students enter to feel safe from many social and societal ills. However, in some cases, it is a continual perpetuation.

At GOMO Educational Services, we realize that everyone’s faith and upbringings play a significant role in the shaping of their values and belief system. Therefore, we stress the importance and set up relationship building dynamics to get to know people first. It is impossible to develop a relationship if there is any discrimination based on race, class, gender, ability, sexuality, religion from the onset. So we are intentional about professionally developing the cultural awareness and competencies of adults so positive relationships can be abound in every school district, organization and community. It is our hope that not only Christians of color will no longer be targeted in schools or the world but people of every faith.

Christians or a believer of any faith with a higher power need to be anti-racists. Most importantly, it is the responsibility of Christians of the dominant group when they see or know about discrimination to speak up and speak against. Why would you allow your spiritual brother or sister to be silenced or experience oppression of any kind when you are supposed to be suffering together or deny your spiritual brother or sister the opportunity to bond and rejoice with you in love? So it comes down to the words of the song from the Black Eyed Peas, “Where is the love?”